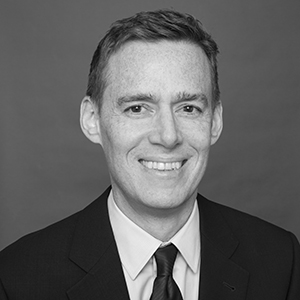 Michael Huber is the Founder of Lavien Group, which manages investments in a concentrated portfolio of companies that have a demonstrated record of long-term value creation, a culture of innovation and significant insider ownership. Mr. Huber is also Managing Principal at Quadrangle Group, a private equity investment firm, which he joined in 2000. Mr. Huber has eighteen years of private equity investing experience in addition to his six-year record as a public equity fund investor. Mr. Huber has served on numerous public and private corporate boards of directors, including those of Cequel Communications, Get AS, Hargray Holdings, Tower Vision and West Corporation. Mr. Huber was previously an investment banker at Lazard Frères & Co. and Donaldson, Lufkin & Jenrette, and began his career in the telecommunications industry. He received a B.A., magna cum laude, in mathematics from Macalester College, where he was a member of Phi Beta Kappa, and an M.B.A. from the Sloan School of Management at MIT. Mr. Huber was also awarded a Rotary Foundation scholarship to study economics at Universidad Complutense de Madrid. Mr. Huber is a member of the Board of Trustees of Macalester College and is also a member of YPO. He is married with two children and resides in New York City.

Susan Yee serves as the Chief Administrative Officer at Lavien. Ms. Yee is also the Chief Administrative Officer at Quadrangle Group, a private equity investment firm, which she joined in 2008. Ms. Yee brings over fifteen years of experience from the hedge fund and private equity industries, and is responsible for investor relations, operations and reporting. Previously, Ms. Yee was responsible for operations and administration at Harpoon Equity Management. Prior to Harpoon, she supported investment analysts and assisted in ensuring smooth office operations for Salomon Brothers Asset Management Hedge Fund Group / Archer Investors. Ms. Yee received a BS in Business Management and Economics from State University of New York at Stony Brook.